This is an example of applications of totalcensus package. To install the package, follow the instructions at https://github.com/GL-Li/totalcensus.

What’s the population in a ZCTA5

Median age in a ZCTA5

How are these extreme median ages possible for a zip code area which has thousands population? The young median age is easier to understand - many colleges are assigned exclusively with a zip code and the residents in this zip are mostly students living in dorms so the median age can be very low. The zip code areas with very old median age, though a surprise, are still understandable: these are the communities full of retired people.

It is said that people like to go to South for warm weather after retirement. Can we see this from the median age data? Yes, old people went Florida! 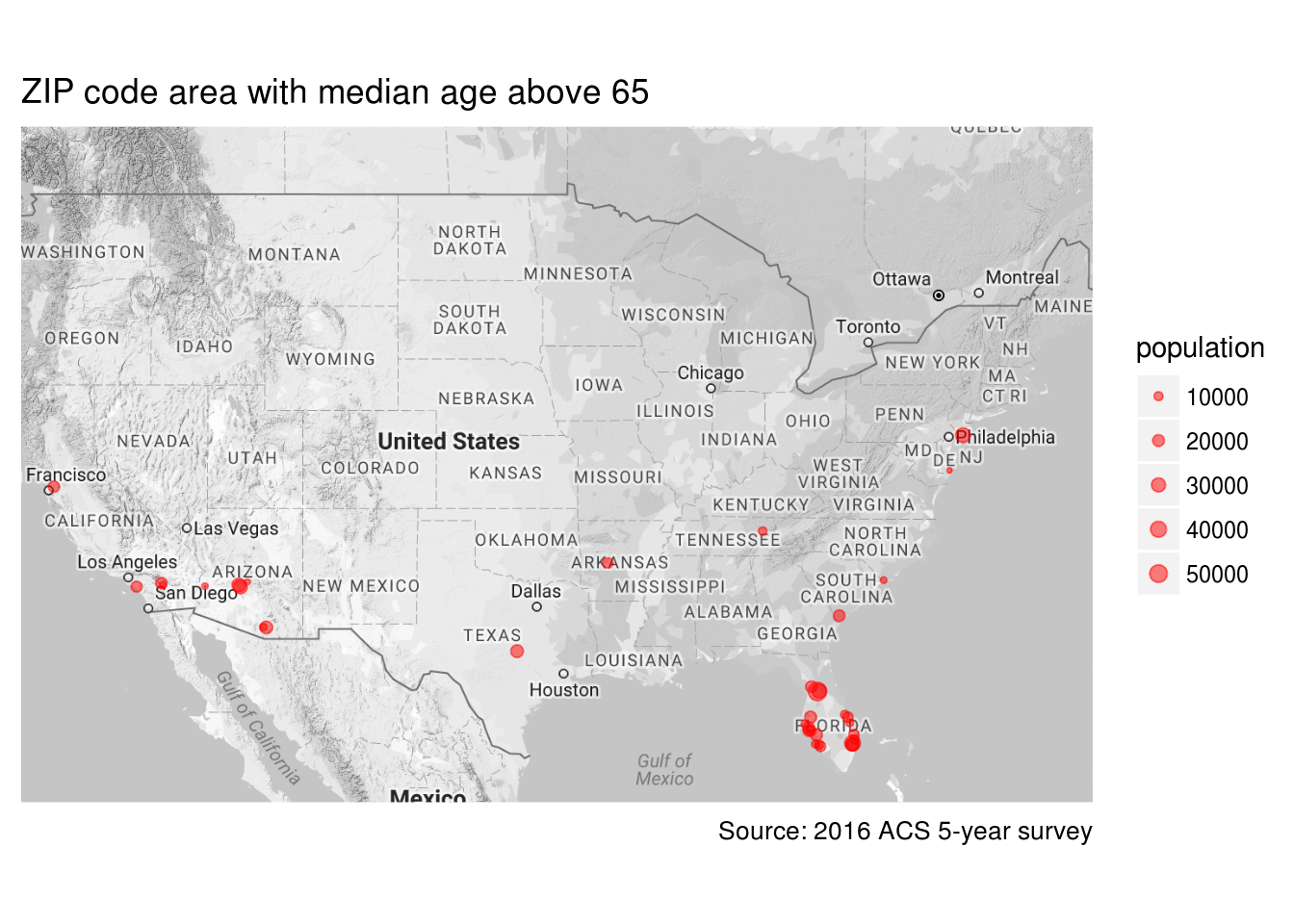